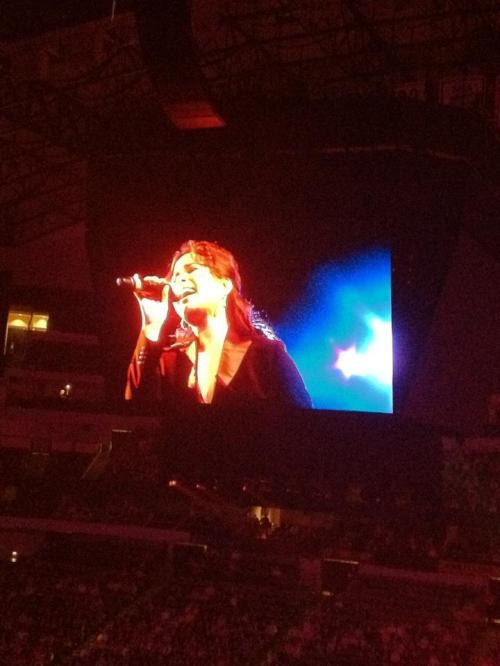 Since I thoroughly enjoyed the concert “Do You Hear The People Sing?” last night at the American Airlines Center, I had a dream last night. :)

I was still thinking of getting a photo op with Lea Salonga so this dream started with me going back to AAC and found she was still signing autographs and the line was almost close to done. I noticed this was already 3am. Don’t ask me why, this was a dream. My sister Claire was there with me and we chatted with Lea.

As the lines died down, I asked if I could get a photo with Lea. She said, “Sure,” and I proceeded to get my iPhone up and get on the Camera app. This is when things started going wrong. My iPhone was acting up and showing a bunch of equation buttons and editing buttons. It was just showing me weird stuff. I kept pushing the Home button on the phone but it still wouldn’t go back to the main screen and was just erroring out on me.

I kept apologizing to Lea and was slightly embarrassed, but she was so nice about it and was waiting patiently. At one point, I even asked my sister if I could borrow her phone to take our picture, but the scene kept going back to me trying to fix my own phone. All this time we were chatting about life and kids, etc.

That’s when I woke up. At the end, I think I still didn’t get a picture with Lea Salonga. Such a dissapointing dream! Hehehe.

View all posts by leiza